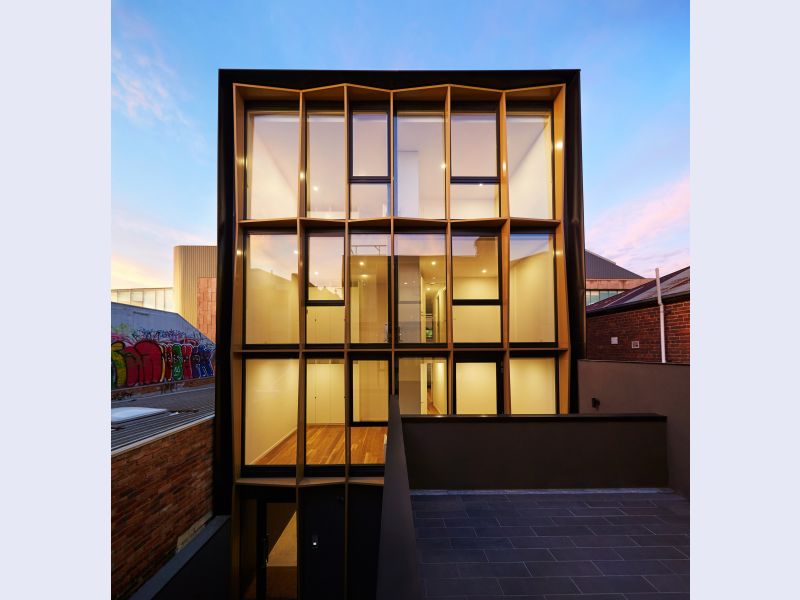 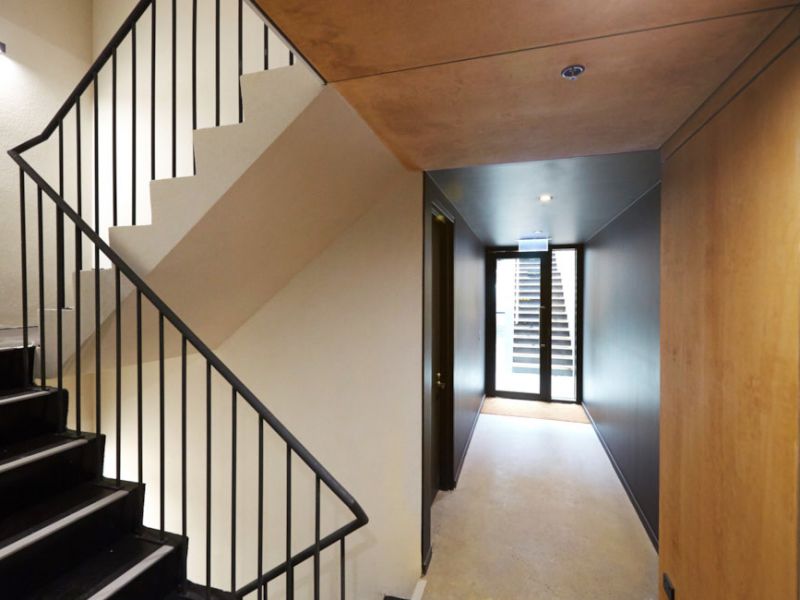 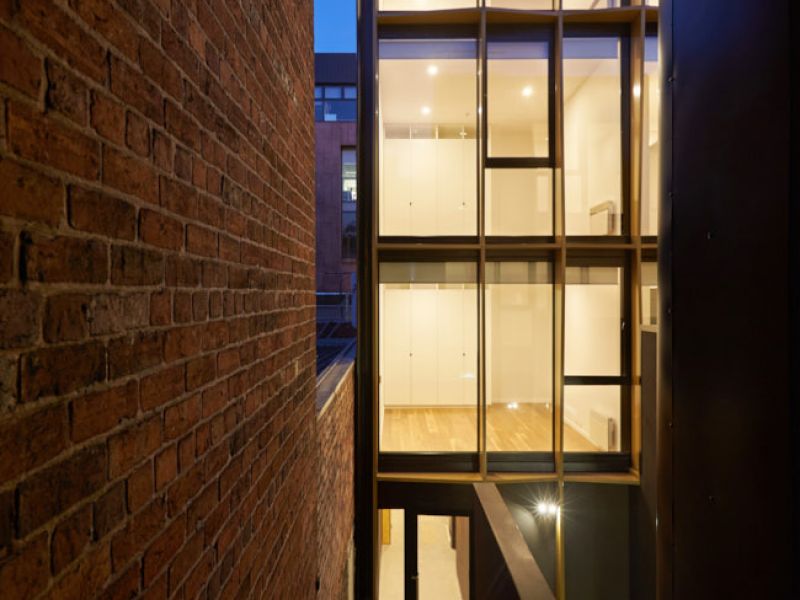 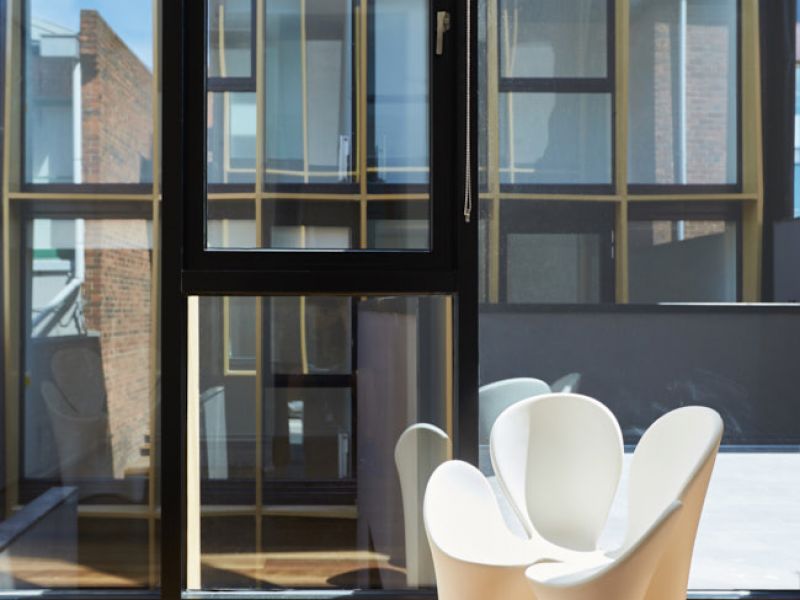 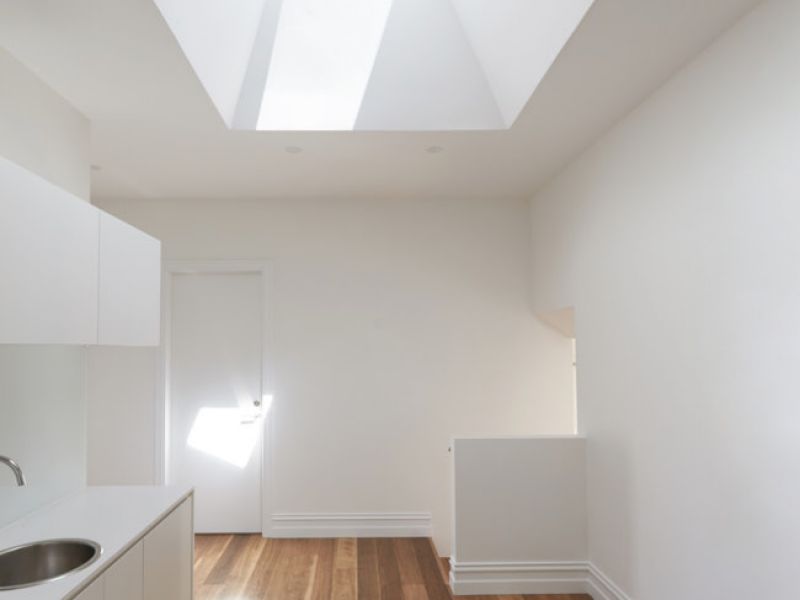 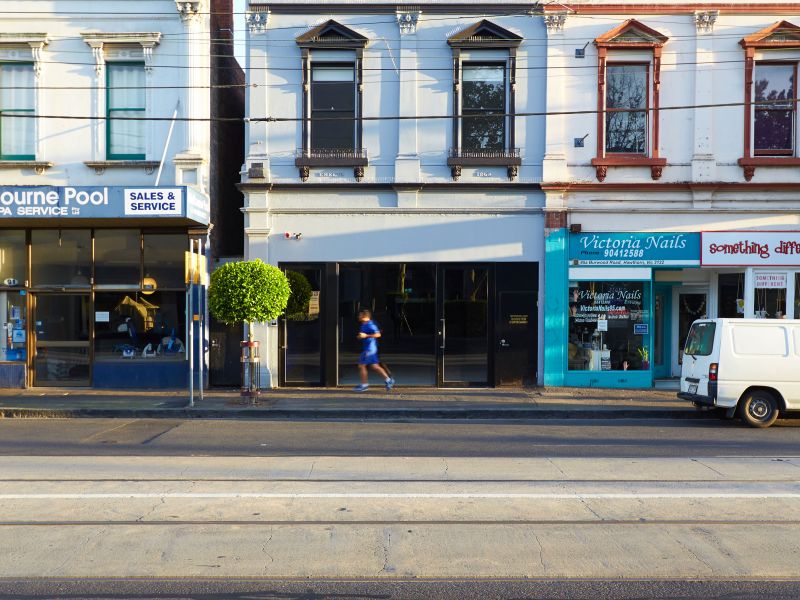 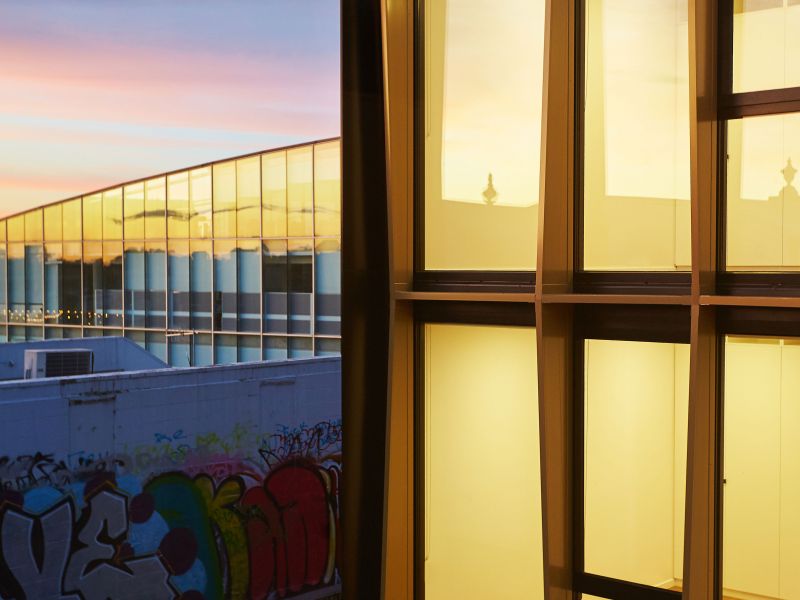 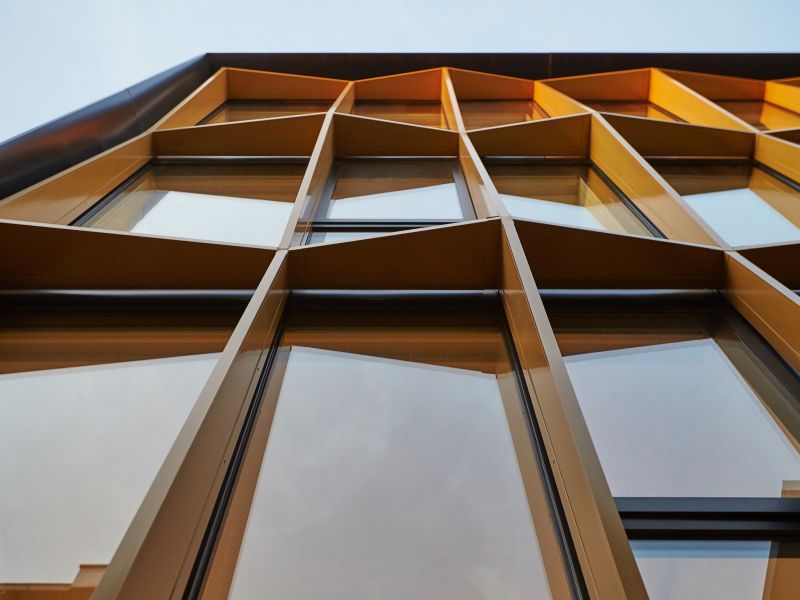 Hidden behind a listed 19th century shophouse of inner city Melbourne, the contemporary extension skillfully navigates a very tight site to wrap two boutique apartment buildings over a retail space around a central courtyard. The gold finned facade screen creates angled privacy from the street and provides an animated play of light and shadow throughout the day.

The site was so narrow and tight, creating a building typology that allowed for light to penetrate all apartments whilst maintaining privacy was fundamental to the project. Hence the facade fins which assist with privacy. Assembling the building around the necessities of urban living, car stackers, parking and functioning commercial unit were all big challenges.

The project sought to use a simple module of a singular fin to create a complex geometry across the facade, assisting with an animated play of light and shadow on a facade which is experienced extremely close up and primarily as a pedestrian, the best way to experience the geometry is looking up from the street at eyeline.