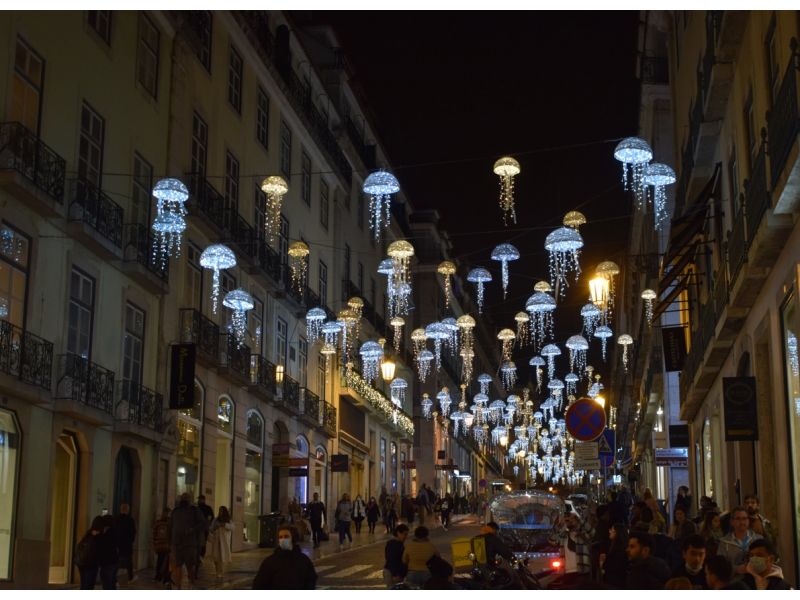 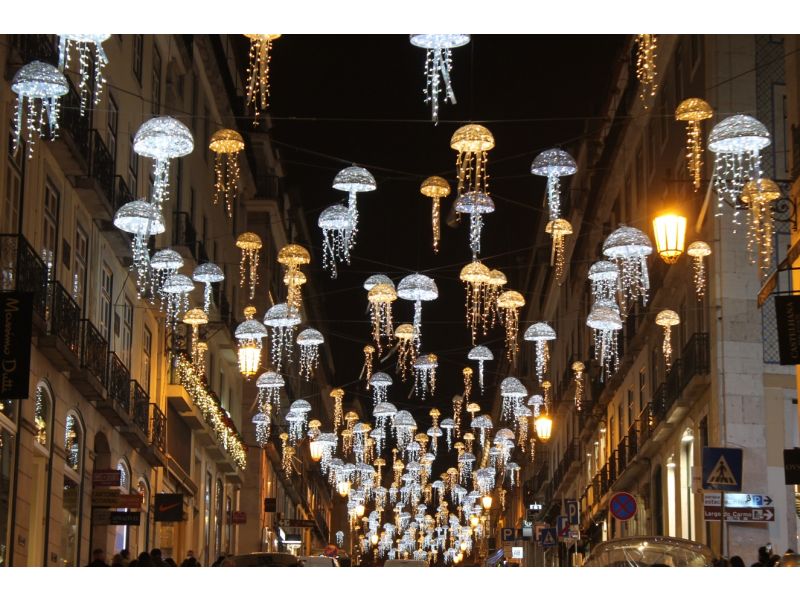 Lisbon is a cosmopolitan city bathed by the largest river in the Iberian Peninsula and was one of the starting points for the ships of the brave Portuguese discoverers who gave “new worlds to the world”.

This umbilical link between Lisbon, the Portuguese Discoveries and the seas is the basis of the proposal to create a sea of light full of Portuguese Man-of-War (scientific name: Physalia Physalis), materialized using recycled and recyclable materials in one of the most commercial streets in the city.

The shape of the Portuguese Man-of-War is obtained by half polyethylene balls equipped with holographic tapes and string leds. The holographic strips reflect the natural sunlight during the day and the brightness of the LEDs at night, creating magical effects while swaying in the wind as if they were sailing on the oceans.

We create unique and custom made lighting projects, including conception, production, installation and permanent technical assistance of decorative and festive lighting. Innovative products and solutions to public urban spaces, malls, companies, expositions, fairs, hospitals, schools, hotels and any other place where "a touch of light" might make a difference!

There is no festivity without light on the streets!

Create fascinating experiences for all your guests.

Bring the concept of "party" to your area.

In an inauguration, contest, festivities.

With both indoor and outdoor solutions, you are sure to attract clients to your premises by creating the spirit of the seasonal festivities.

Private Events: Brighten the special days of your life! Unique sculptures and lighting solutions to your festivity and just as you imagine them. Birthdays, Weddings, Christenings...

Corporative Events: The correct lighting highlights what is most important. Make the achievements of your company even more memorable.

Fashion Events: Glamour is king. Our experience and Know-How allow us to tailor unique solutions that truly flesh out the essence of these events.