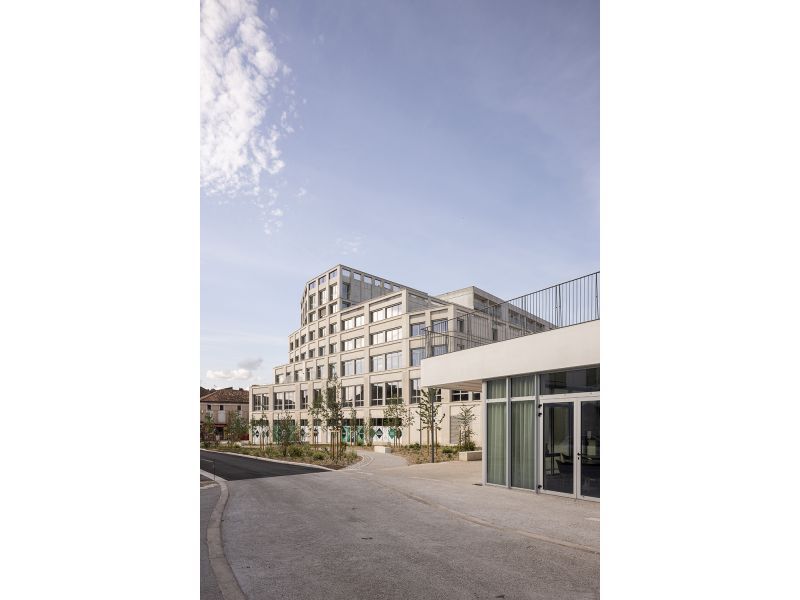 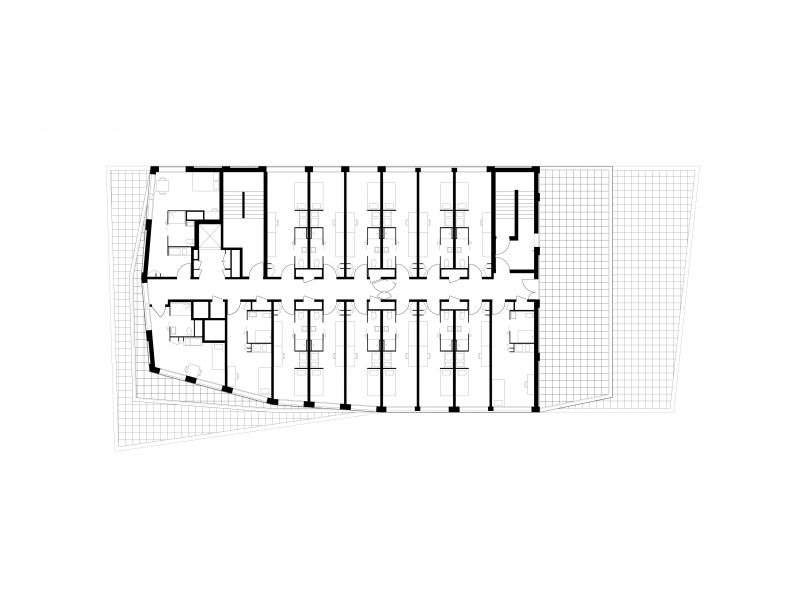 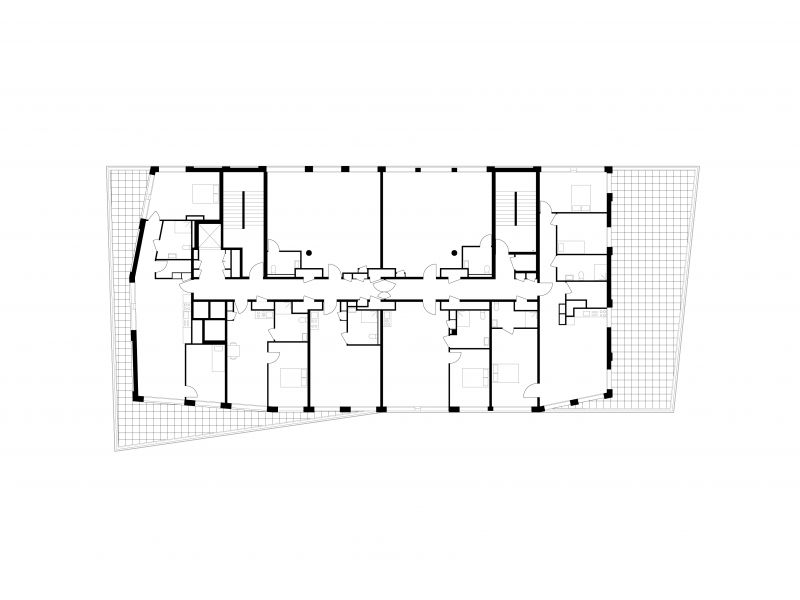 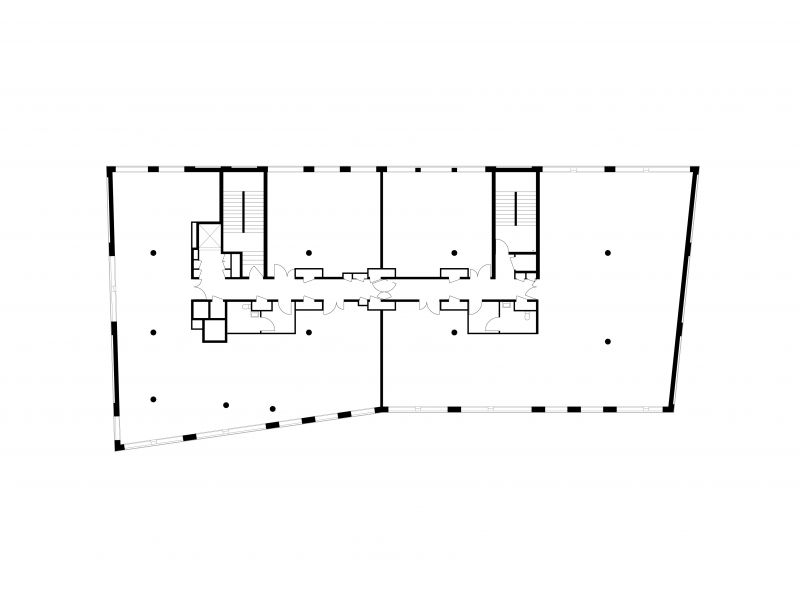 An exposed concrete building for a city made of limestone: how design can express a new mix between rebirth and continuity. In the historical city of Angouleme, west part of France, a move to regenerate the city center is done through a mix-use project, gathering student housing, a medical center, and some retail on the ground floor. Located along Rue de Paris, the project is stepped in a way to repair a chaotic interaction between a 1970 generic housing building and the typical two-story "échoppes" while giving large terraces and panoramic views to its inhabitants.

How to revitalize a historical port neighborhood to create a pleasant place for young people to live and prosper? An empty brownfield, previously used as a parking lot without any vegetation, is turned into a mix-use building gathering housing units, spacious shared spaces, terraces, and green recreation zones. This building assembles student residencies with 42 studios, two co-living apartments, offices, and commerces on the ground floor.

It is a contextual building addressing a dialog between a historical urban tissue and its larger environment. Its uneven and stepped morphology represents the surroundings in its own way, matching the existing nearby stone-made houses. The vast volume was split and rearranged to correspond with the scale and play with the context. For instance, the Southern part of the structure retreats from the rue Leclerc Chauvin, allowing the creation of a generous shaded public square. To the west, on rue de Paris, the base of the building is also set back, thus allowing the volume to rise gradually up and free some space for tree planting.

For the historical heritage not to be overwhelmed, structural concrete, as a practical and contemporary material, had been chosen and exposed on the facade with an adjusted color to fit in the environment of Charentes limestone. This concrete skeleton can also be found in plan, so as to allow potential evolutions of functions.

FROM CONSTRAINTS TO GENEROSITY

The height restriction in the protected area of Angouleme turned the facade into a dynamic composition of residential, common, and commercial areas aimed at enhancing the well-being of residents and visitors, allowing also people passing by to enjoy the greenery and attracting more life to the area.