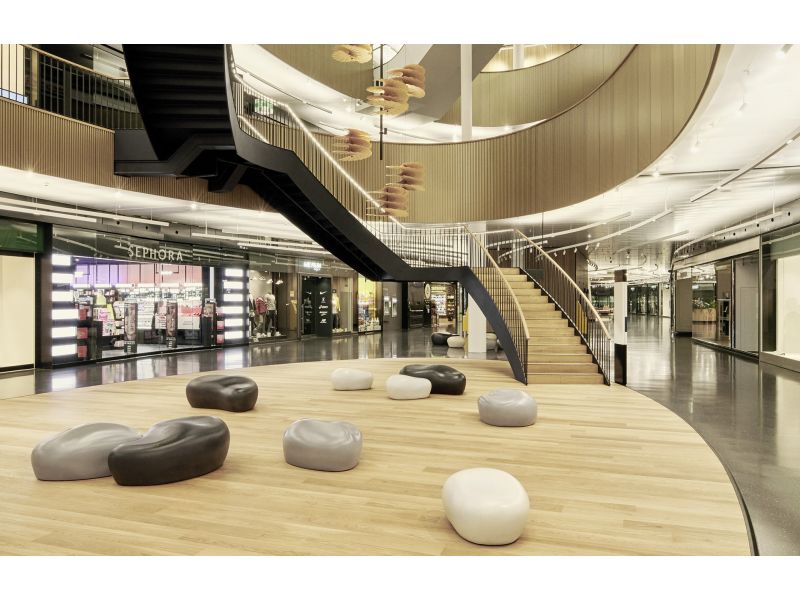 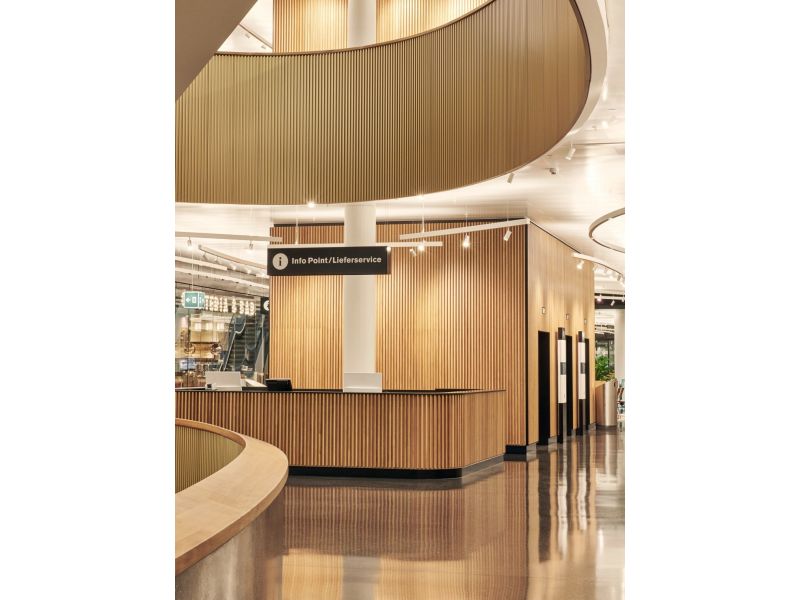 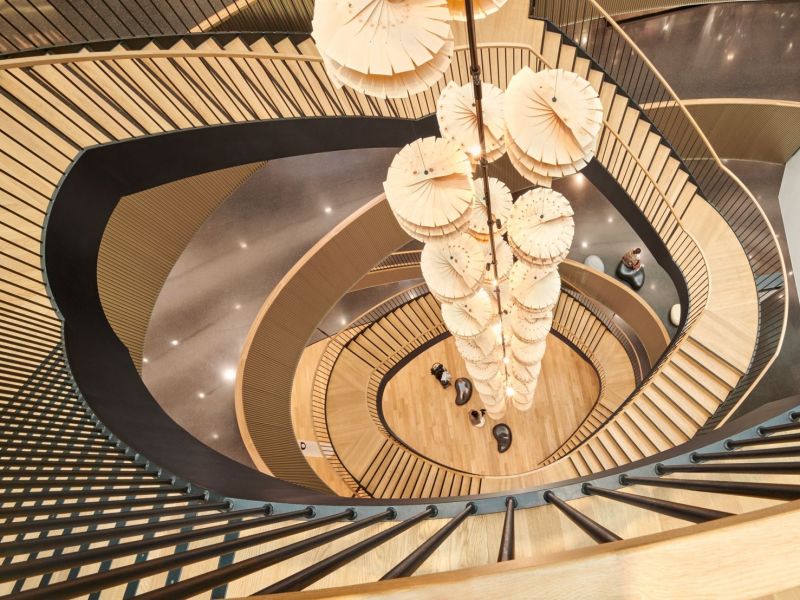 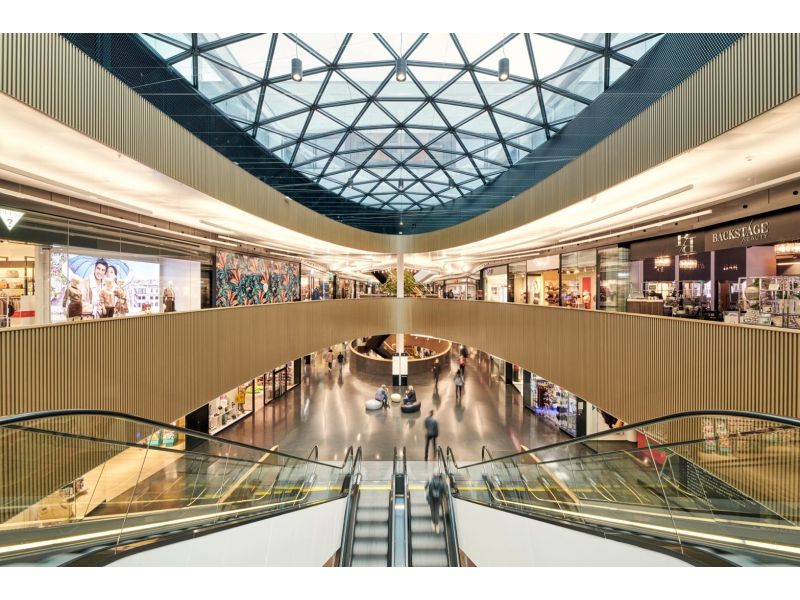 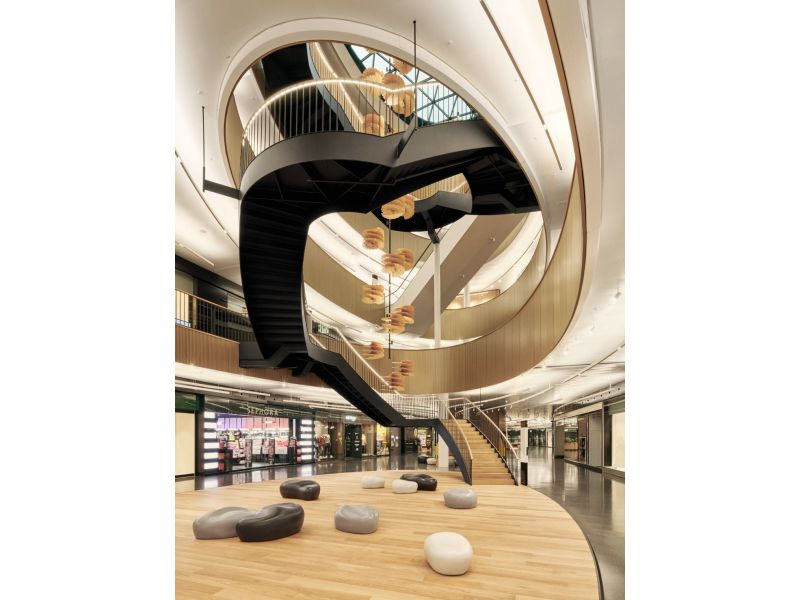 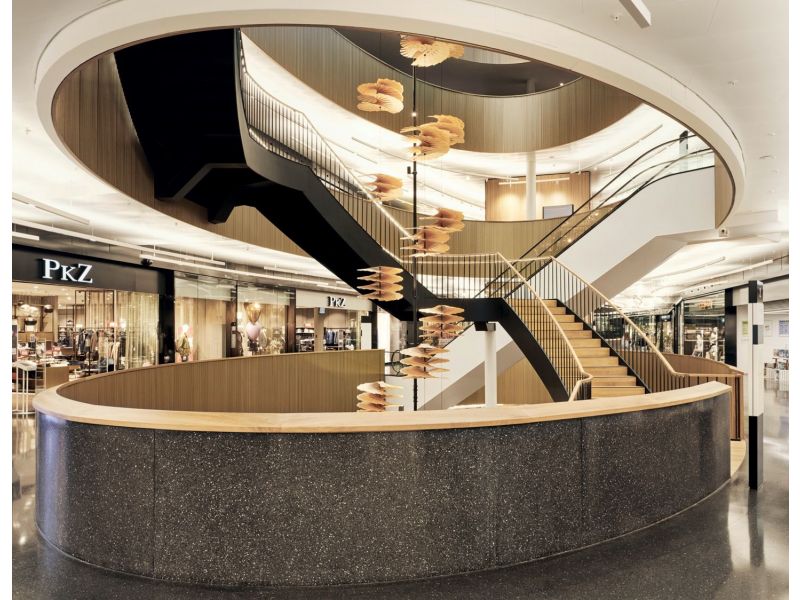 MACH Architektur was commissioned with the redesign of the public areas as well as the facade of the Sihlcity Mall. The new architectural identity focuses on the aspects of space, materialisation and atmosphere. MACH interprets the shopping mall as a flowing space, which features calm recreation and gastronomy zones in form of various islands. A significant measure is the design of the entrance portal: the mall is given a facelift towards Kalanderplatz. The existing metal curtain is raised above the entrance, which emphasises the upper floors and at the same time allows new views to the inside and outside. Inside, a spiral staircase forms a spatial accent. It structures the space and creates orientation, a theme that is also reflected in the new signage. The atmosphere is characterised by natural materials such as wood, metal and stone. Nature also finds its way in through a greenery concept. This natural atmosphere is supported by bright and friendly lighting.