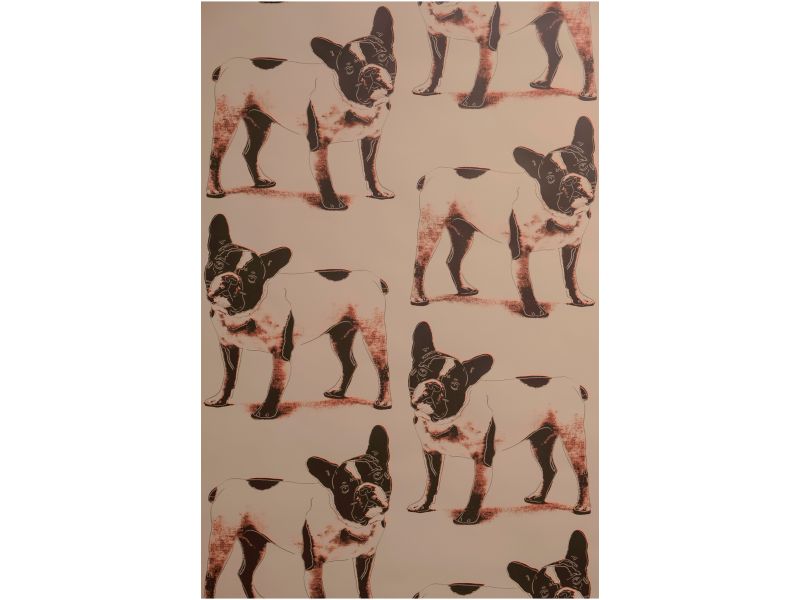 Andy Warhol once said, “I never met an animal I didn’t like,” and he certainly favored dogs, owning several in his lifetime. While Warhol rendered his own pups, on canvas and film, it was his portrayal of Yves Saint Laurent’s French Bulldog Moujik we fell in love with and had to interpret in wallpaper. Warhol’s 1986 multi-color screenprint Moujik is engaging, endearing and demonstrates his signature layered off register and outlined technique to achieve a lively, three-dimensional look. For extra personality we included his shadow effect in the colorways Domino and Teddy, sprinkled in some sparkly iridescent ink for Goldie, and utilized a poppin’ silver Mylar background for Bluebelle. And, of course, we worked the pattern into a fun atypical repeat to make the design best in show!

©/®/TM The Andy Warhol Foundation for the Visual Arts, Inc.

Flavor Paper uses water based or eco-solvent inks to be as green as possible, and only print on the finest materials.